So much good stuff today.

When I arrived today, Colin was being fitted for an electric wheelchair. It has been customised to his specifications – higher back, longer legs, etc. He had a ball trying it out and learning to work the joystick with his left hand which is still not all that mobile. He drive it very well in and out (backwards) of the elevator which is only just as wide as the chair, and he was brilliant. It is something he will have to practise to get good at, but I think he is halfway there already.

Nurse Rachel also changed his trachy from the filter to the spigot this afternoon, and immediately he could talk so much better. Still slightly raspy, but so much better. He said that they also mentioned something about the possibility of his trachy being removed in two days. Most probably not, but it means it will be very soon. Another milestone.

So much to be thankful for, and I am quite ashamed – I have a bad day and was all teary and feeling sorry for myself. Not fair on Colin really. He is trying so hard and working so much, but I am the one feeling sorry for myself. The last few days have jsut been so tough with a huge pile of admin still to be done for his accident. At least one thing is moving forward – the investigating officer spoke to me today, and he now has the details of the other person in the accident, and once again re-iterated that he should not have left the scene, particularly with such a severe injury. He said he had just let the man’s insurance know that they are looking for him. Not really, but I almost feel sorry for what is about to happen to him.

I spent a lovely day with Colin, and he is doing well. He is strong, and getting stronger, and if it was just up to him and his mind, he would walk out of there tomorrow. But there are some very good signs, and the physios are happy with his progress and efforts.

Such a good day, I believe I will sleep so hard I will break the bed. 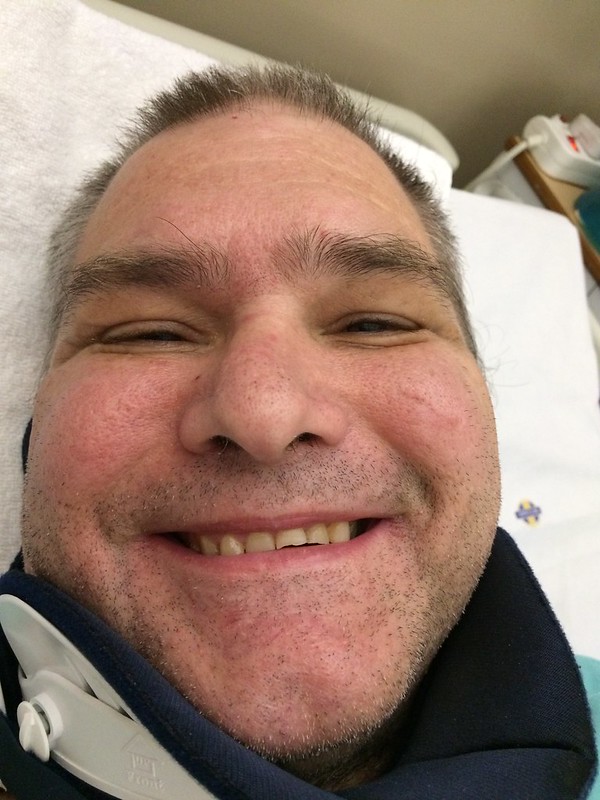