We have a few structural alterations to make to the house, but it seems manageable. We have to widen the bathroom door frame so it will allow a wheelchair through (both bathrooms are much narrower than everything else in the house, and we will have to also redo the front door to be wide enough to enable his chair to get through. The manual one made it with 0 mm to spare. We need two ramps, and a few other things, so I have to get onto that. We will need a few large items such as a commode, a bariatric bath stool thingy (need to understand more about this) but those can wait a while longer, and hopefully the medical aid will pay a large portion of those.

It was interesting to note that he was not able to feel like he had ANY independence in the manual chair – his feet kept falling off the foot rests, his arms didn’t sit comfortably on the arm rests, and it was not comfortable for him. It was not intended for him, and was just borrowed for the morning, but it made him feel as if he really could not do anything at all for himself.

We have to do lots of research to find out what will be good for him to be able to use his PC and other electronic equipment, but I am not finding this information as easily as I would have hoped.

When I saw him after that back at rehab, he was tired – I think the visit was exhausting for him, but he loved being able to get out. He said he even enjoyed seeing the news headlines on the street poles as they drove here.

The animals were very pleased to see him, and I think that also lifted his spirits.

Here are a few pics from today: 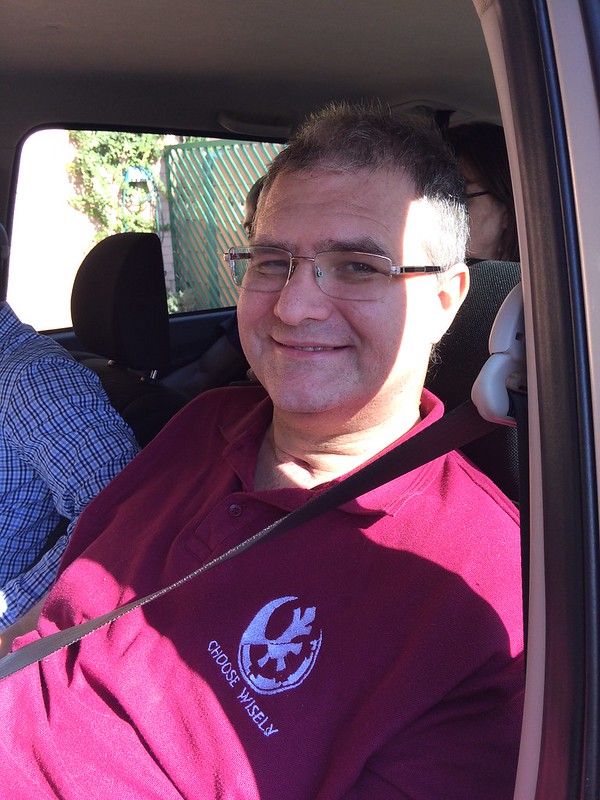 Colin specially wore the shirt I had embroidered for him with a Star Wars emblem. He loves that shirt. 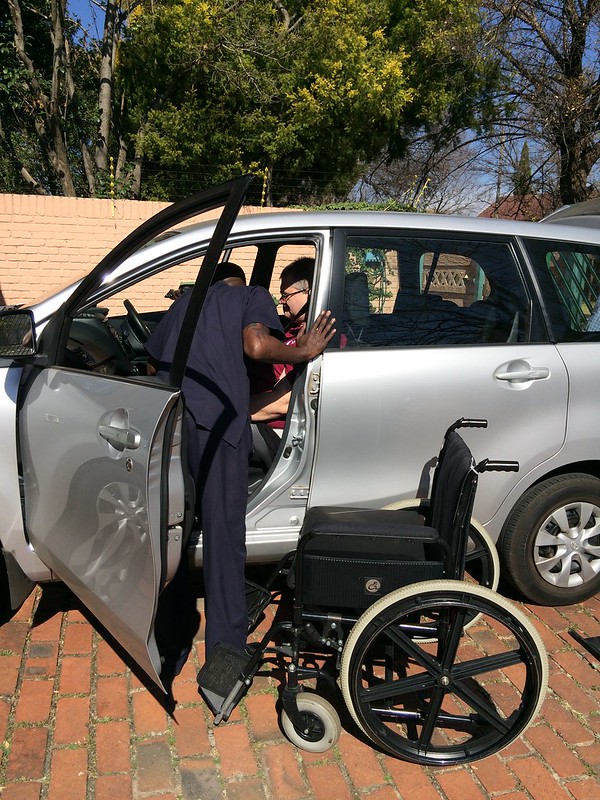 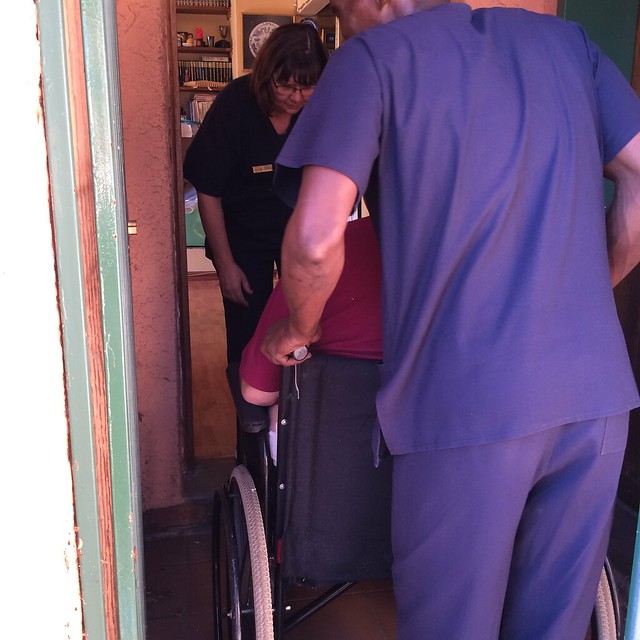 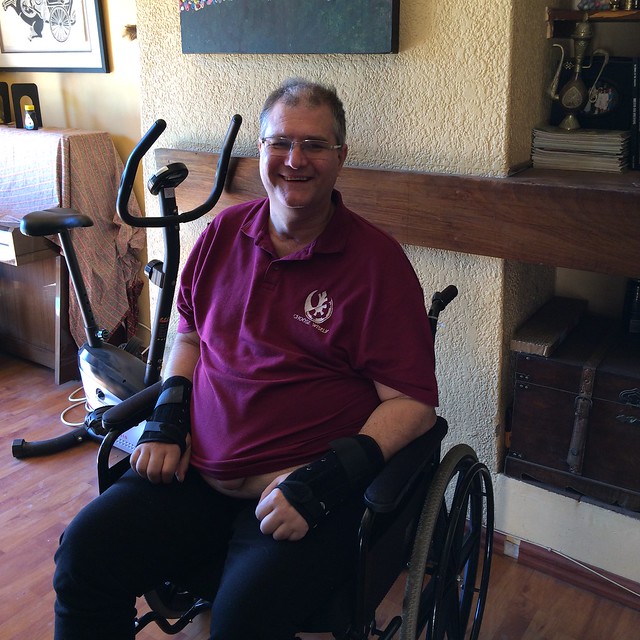 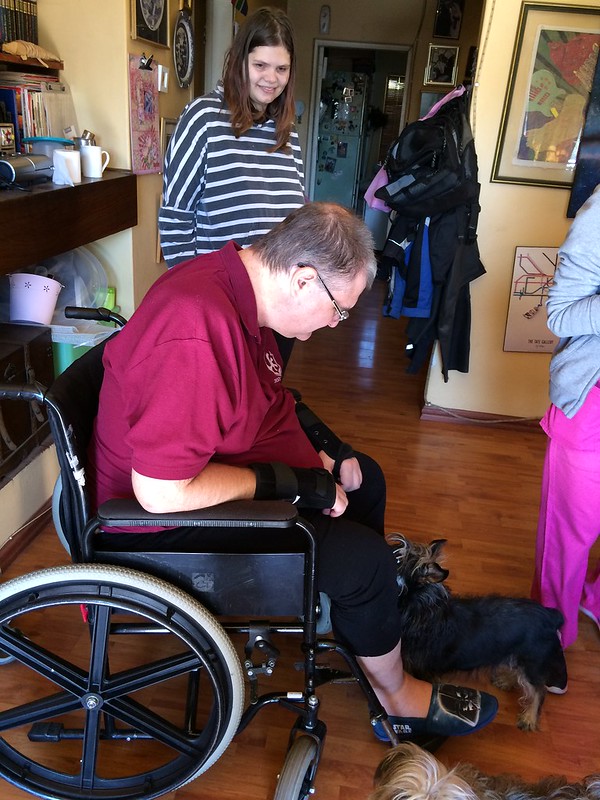 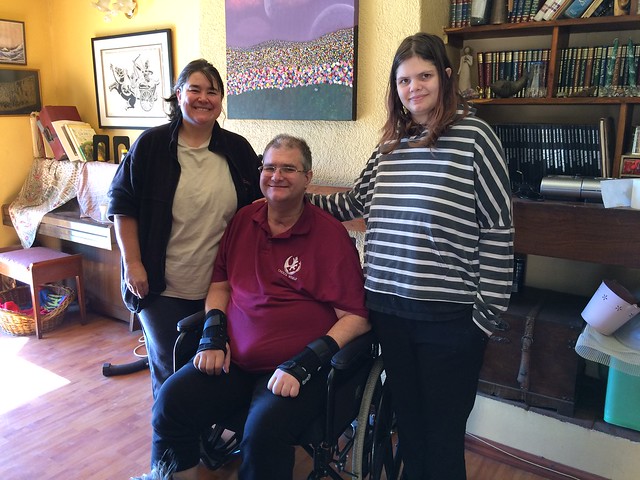 The food at the hospital is prepared really well, but Colin, being fussy about eating the same thing more than once a year, is struggling with the fact that there seem to be only 5 choices. But this is a wonderful Greek salad he had last night: 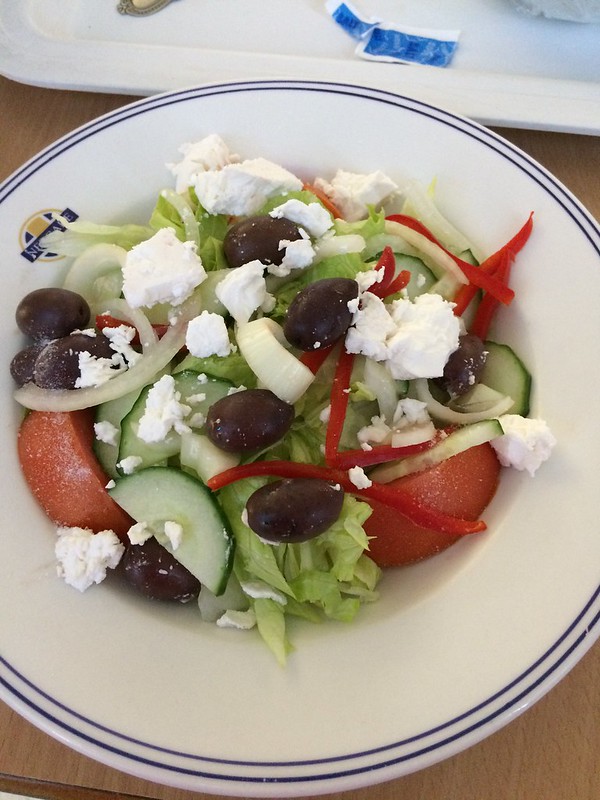 Today I am grateful for Bafana who is one of the physio assistants. He can lift Colin in and out of the chair by himself. He is the strongest person I have ever seen in real life. He is such a wonderful and friendly man, and he, and one other physio assistant (Phumi) have a bond with Colin that is really very endearing, and makes me almost jealous. 😀

Colin calls Bafana Buffy, and he calls Phumi, Punisher. They joke because it is always one of those two who helps Colin out of bed and into the chair to go to the torture of physio. Punisher calls Colin Superman, and always pats him almost lovingly on the shoulder. I sort of lost all hope and trust in humanity after the accident, but the people – each and every one – at the rehab has completely restored my faith in humanity.

I will list the names of all the people later, and they each deserve a shout-out, but today was really a wonderful milestone for us all, and Bafana, Jessica, and Elzette made it possible for us. There was a man driving the car whose name I don’t know, but it was a huge team effort. Thank you again, you are all just wonderful. <3