So many mixed emotions today.

I had a phone call from a lady asking me if we had insurance on the car, as her client was going to try claim from us because Colin made an unsafe lane change and clipped his car. After taking a deep breath, I asked her if she represented the driver in the white Toyota Prado, and she said yes. I then asked her for her name and phone number, and told her I was going to pass on her information to my insurance people and to the police because her client fled the scene of an accident, and his car didn’t have plates, and that the police have opened a case against him. She then immediately said she wasn’t dealing with it, and it was going to be passed on to a different department, so she didn’t have any information. I simply cannot believe the audacity of the man who rammed into my Colin’s car what he would get his insurance people to call me and bully me without even realising that he has caused a man to be a quadriplegic. I know a person should not wish harm onto anyone, but I have so much anger towards him for just being SO completely clueless. I can’t even.

The Rehab Centre is really a great environment, and there are all sorts of positive and friendly people there. The noises are much happier and sort of normal than the ones in the ICU, and although it may be a little noisy there, I bet you he sleeps much better.

Colin sat in a wheelchair today and he said that he felt much better than the other 3 times they put him in a chair for a little while. His shoulder is still sore, but he said he really felt much better sitting.

He did show me that he did have a very small amount of movement in his right wrist which he didn’t have before. This is wonderful news, although his right arm still has no other movement at all.

He is still struggling with the trachy and the amount of mucus that is still coming out. He had a bit of a moment today when he said it was blocked, and although they suctioned, it was still not open for him to breathe. I had a bit of a panic moment because he can’t say anything, and he was not able to breathe. But it was all OK in the end. He said the Doc said that it is a process, and the final steps of the process are not having any suction for 24 hours, and then he would be ready to have the trachy out. I hope this will be on the goal list soon. 🙂 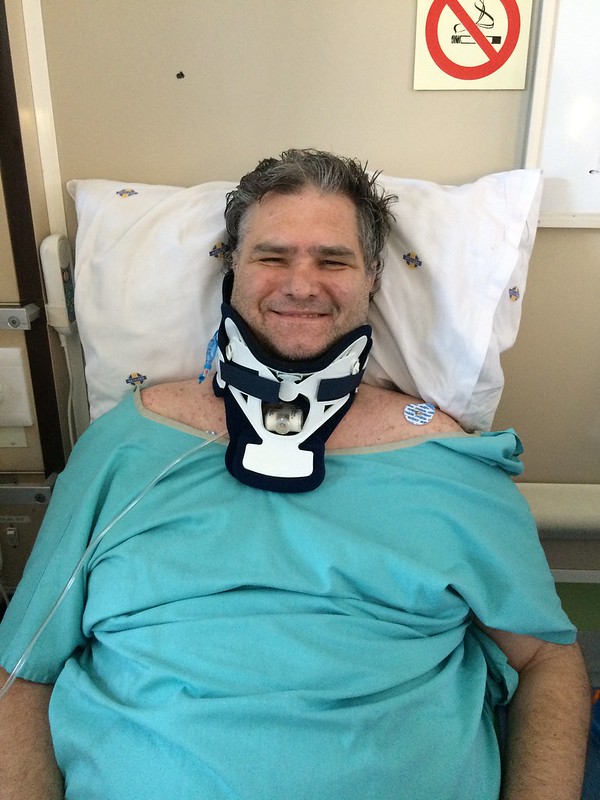 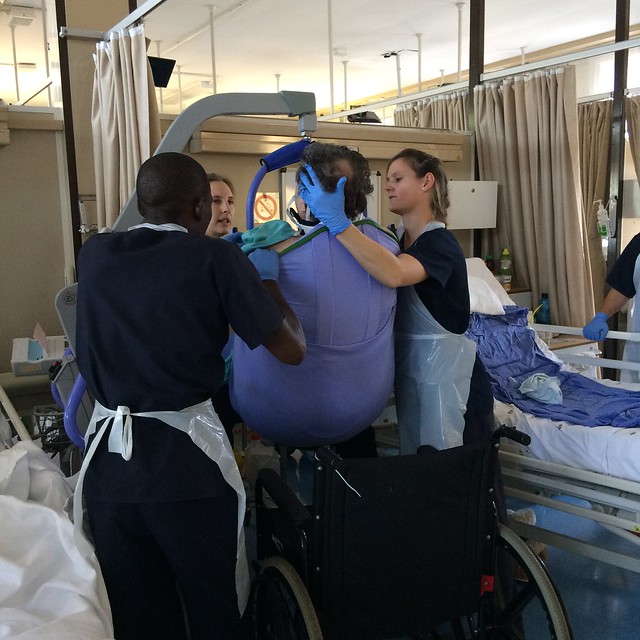 I am amazed my love at how strong you are, and it is a privileged to walk this road with you.