Had a lovely day with Colin. He is keeping so positive, and working really hard on his exercises.

He was a little tired today, and had a little nap in between while I was there. There are still noises, but they are merry, and not rushed. The ICU was really not conducive to long-term as there was always emergency noises which I know made Colin feel a little anxious, and often prevented him from sleeping. Here, there are windows he can see on either side, and the difference between day and evening is clear. The environment is just so wonderful and each and every nurse is so friendly, and so willing to help. For example, the nurses in the ICU are obviously trained for keeping people alive, and sort of don’t really have time to fuss about things like if a person is thirsty or needs their glasses on or off, because they are on a drip and are hydrated so it’s all good. I am still very pleased with how the nurses in the ICU took care of Colin, but I am in awe of the people at the rehab centre. It is actually amazing. Today, the one nurse who is very lively and jolly showed me how to do the suction on Colin. I was able to do it for him twice, and actually feel very pleased that I am learning how to help him. It is a vital thing, and in the ICU the nurses once said to me that they didn’t think he needed suction as he had just had it 15 minutes ago. The nurses at the rehab are so tuned to that sort of thing that mostly they hear him coughing or gurgling and come to him straight away and ask if he needs suction. I also feel I have the liberty to go ask them for something for Colin and they will do it immediately with a smile on their faces.

They are a particularly jovial bunch, and I am pleased to see how their attitude rubs off on all the patients. Except one. There is a very grumpy guy next to Colin who came today or last night, and he is just awful. He was shouting at his wife today, and she left, and didn’t bring him anything either. Then later some other people came to see him, and the man eventually stood at the door and kept telling him to calm down or he would leave. It is awful. I can’t begin to understand how difficult it is for people in this situation, and it makes me all the prouder of my Lumpy that he is just so positive and staying positive, and working hard on his recovery. How wonderful. <3 Here is a pic of him sleeping a little while I was there - I think he likes to wakt up and still have people there. Although it is not nearly as lonely or boring as in the ICU, he still misses us all enormously. [embed]https://www.flickr.com/photos/particularcreations/33758723106/in/dateposted-public/[/embed] During weekends it seems a little quieter, but during the week there is lots of activity - they go to the gym 3 times a day, or if they are not able to, they go once, and have physio the other 2 times at their bed. We have decided that the name of Colin's wheel chair will be "Epic Mount" which is a reference to World of Warcraft. We are going to get a few t-shirts made for him with wording like "I do all my own stunts", "I used to be a warrior but I took an arrow to the knee", and "Soulstone worked but my healer was AFK". Or maybe something like this: 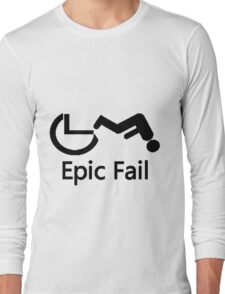 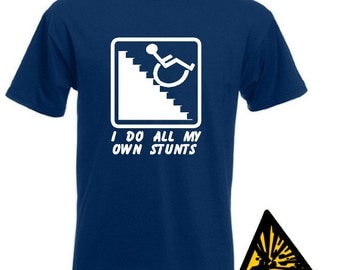 I may have one that says “I am just with him for the parking”.